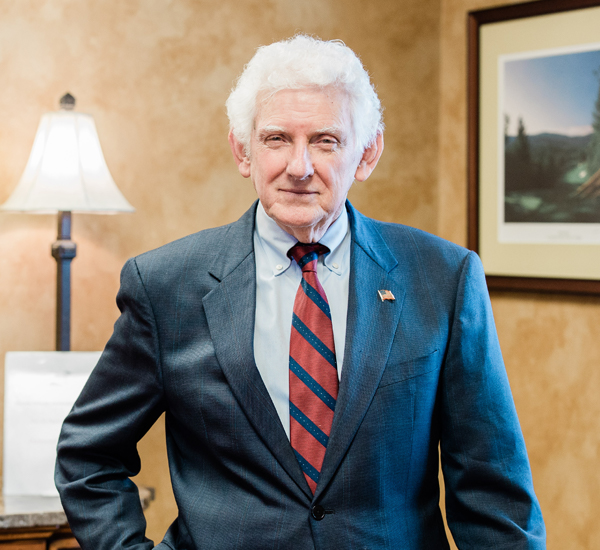 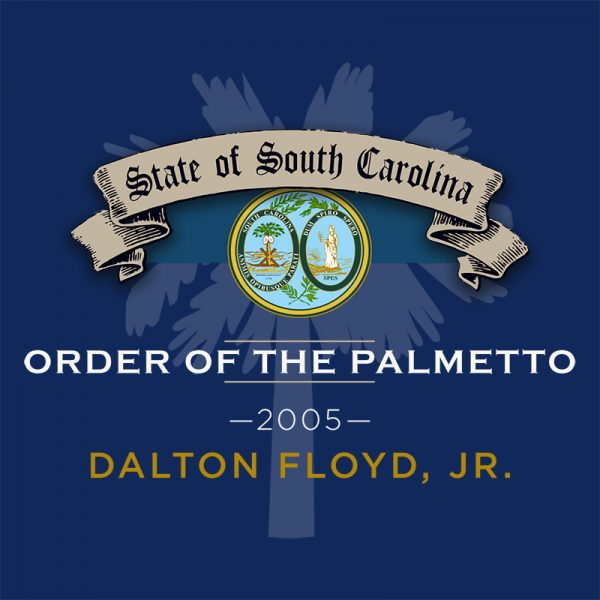 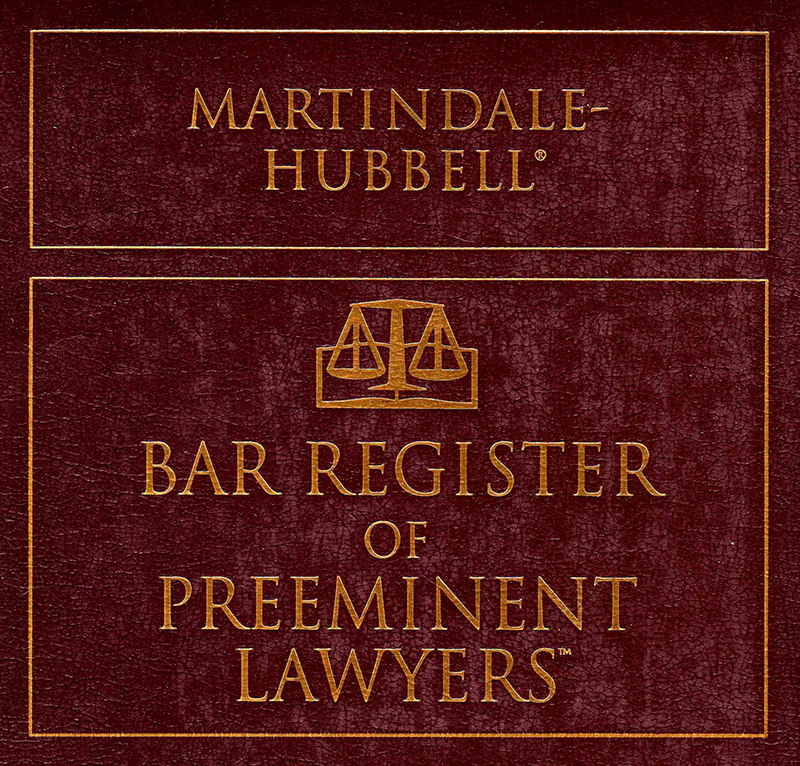 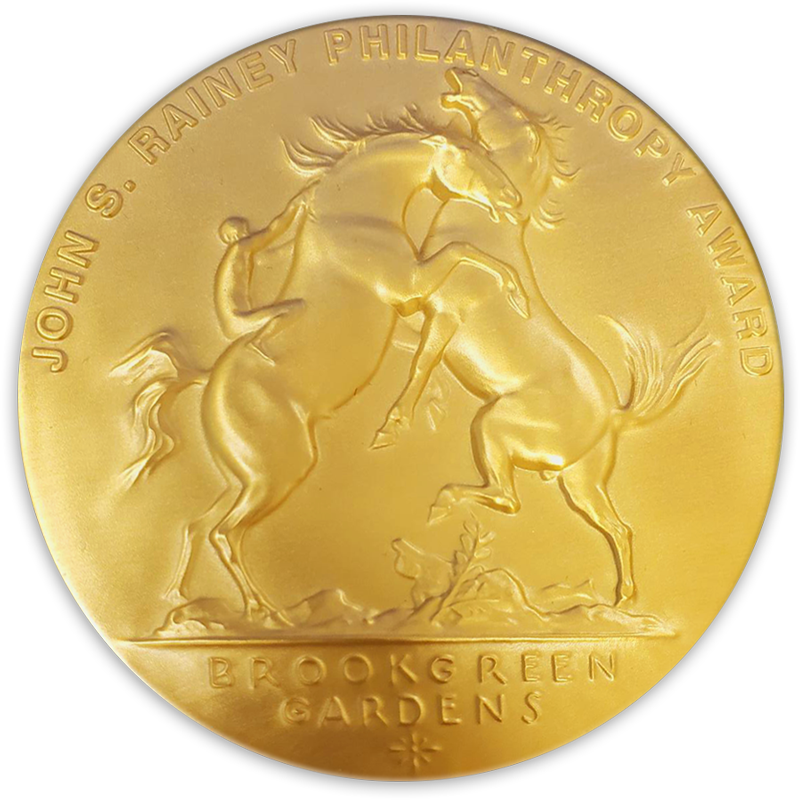 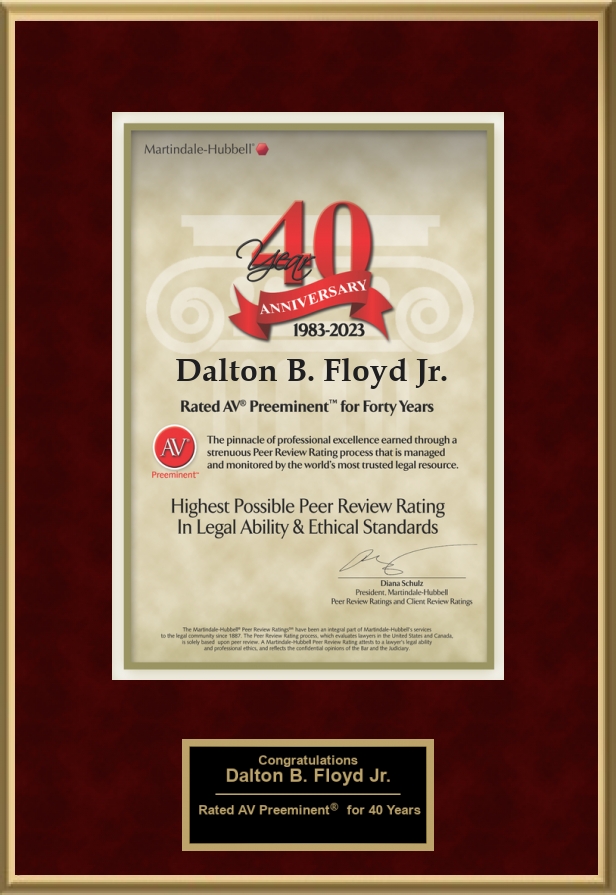 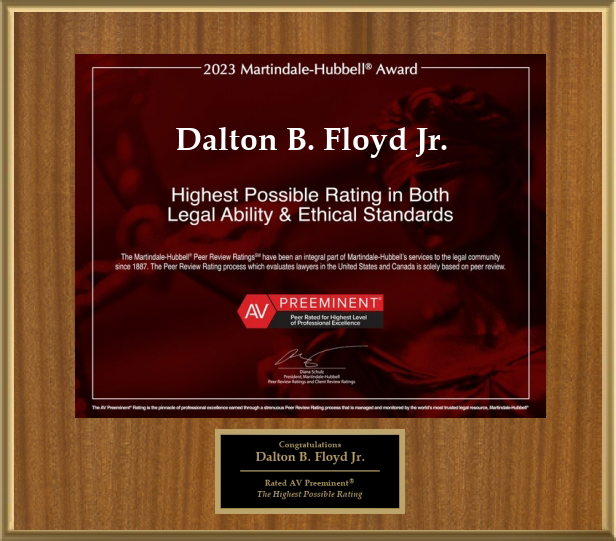 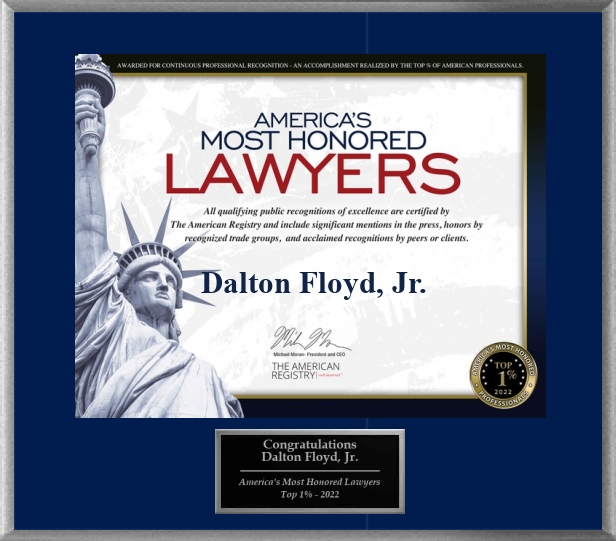 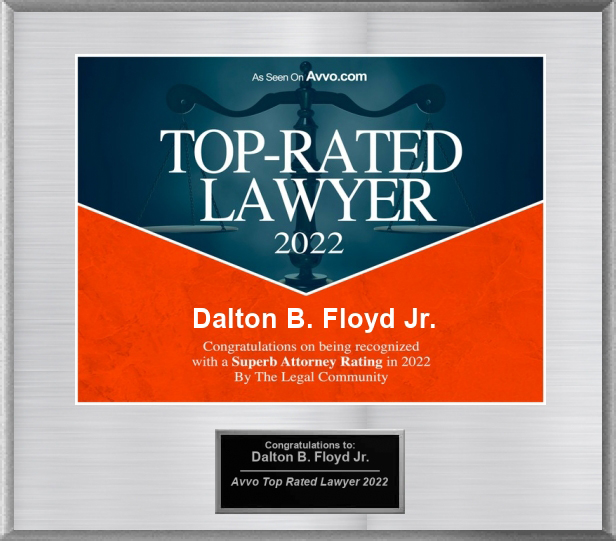 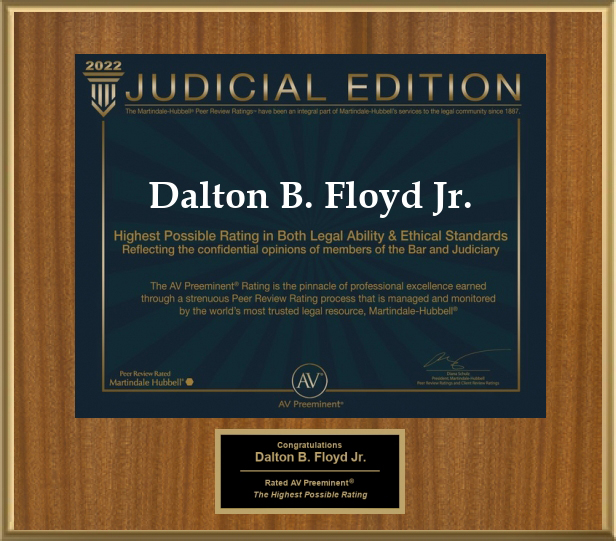 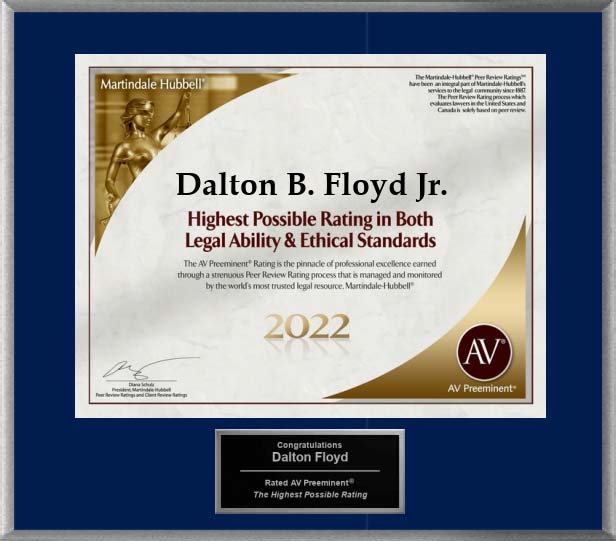 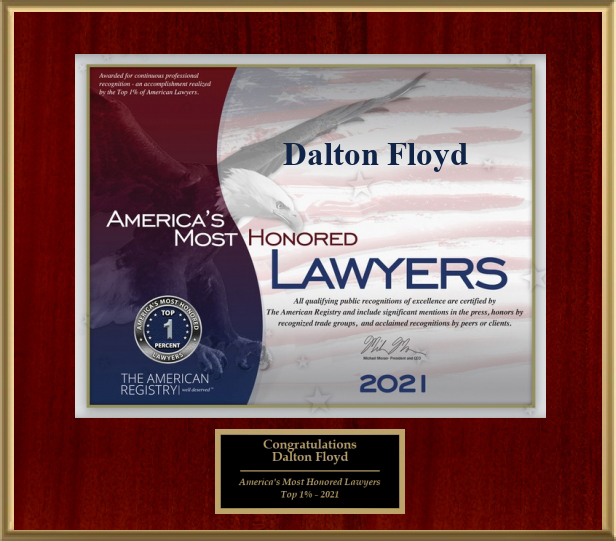 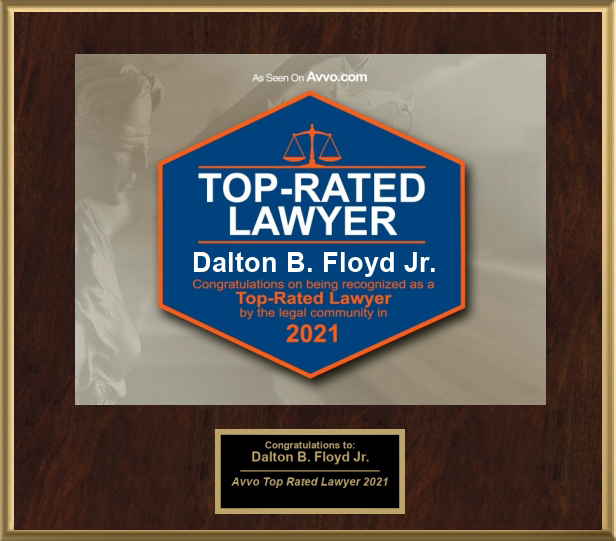 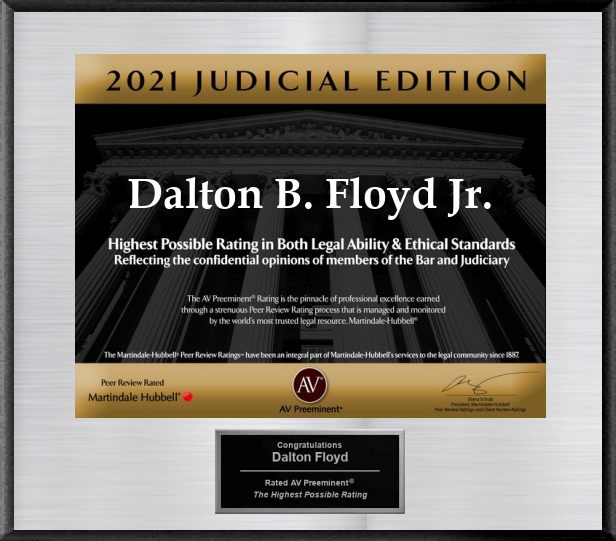 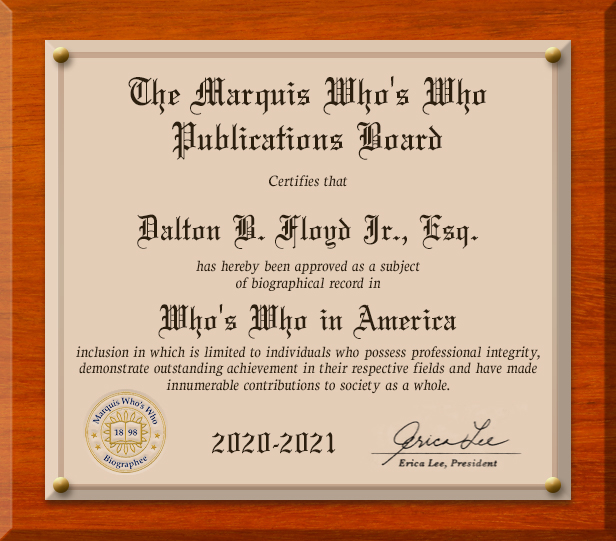 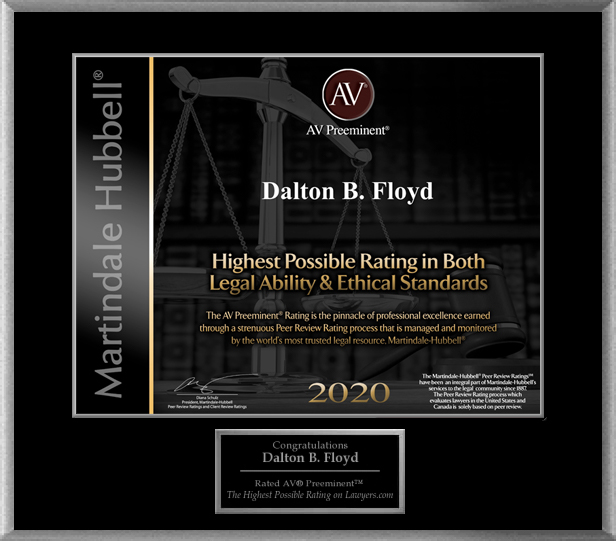 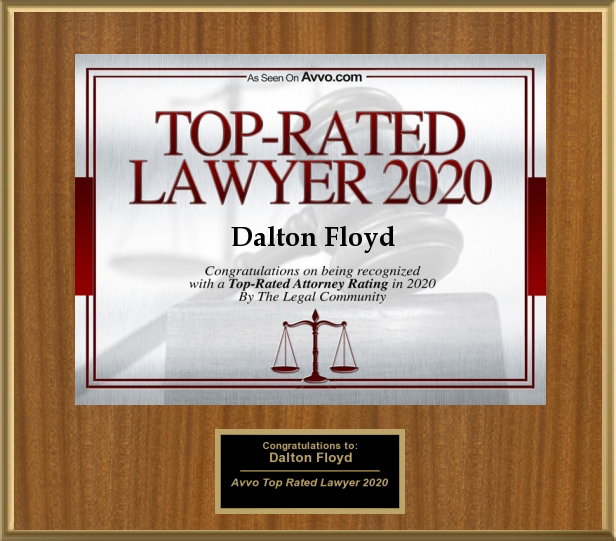 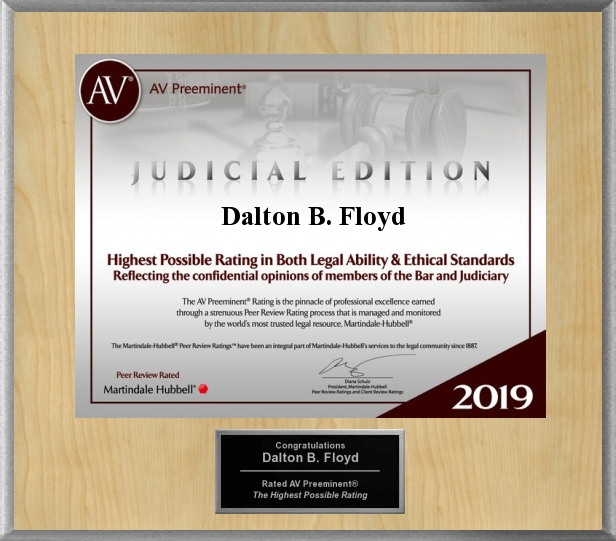 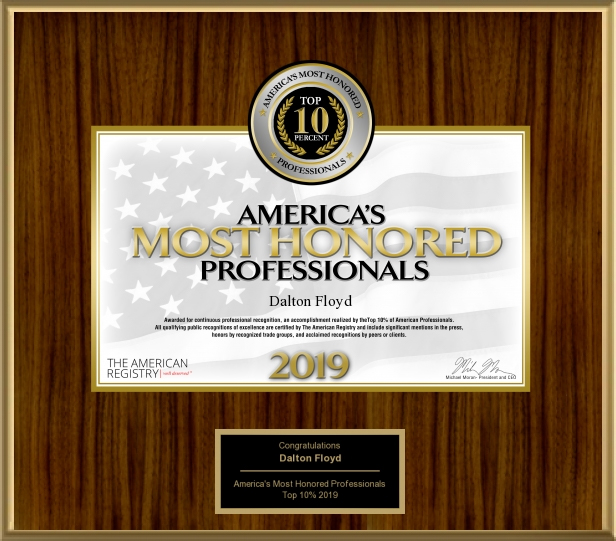 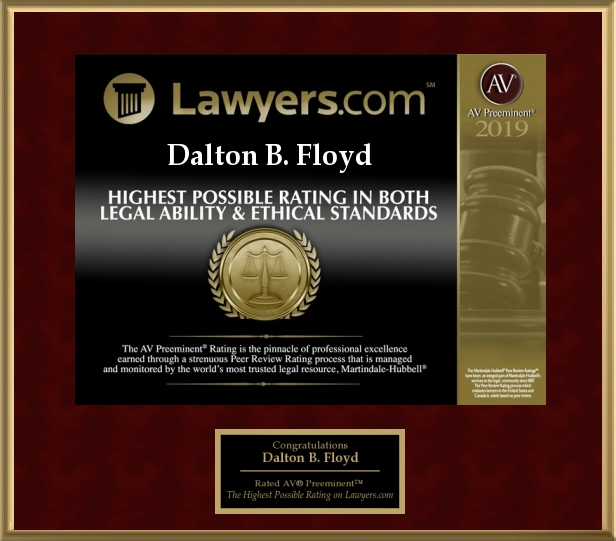 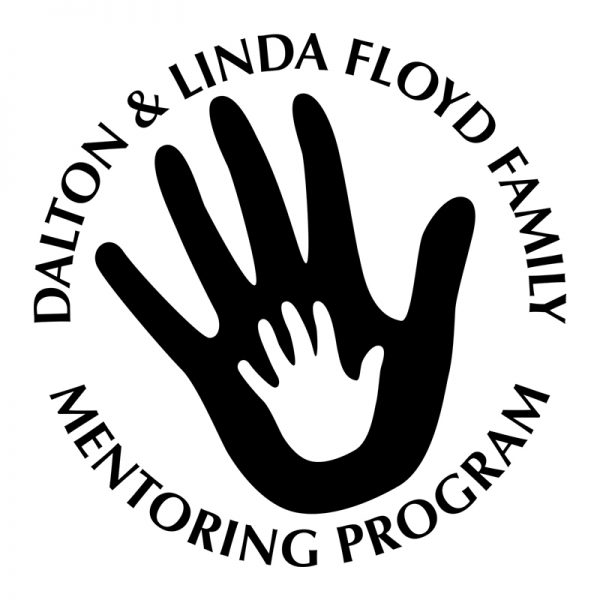 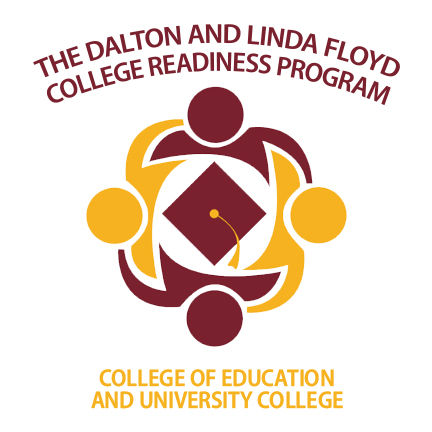 Dalton B. Floyd Jr. is the founder of The Floyd Law Firm PC, partner, and an experienced attorney practicing in the State of South Carolina. His law practice, established in 1973, is a complete source for almost all types of comprehensive legal work. Dalton has a Bachelor of Science in Business Administration from the University of South Carolina and a Juris Doctor and L.L.B., cum laude, from the University Of South Carolina School Of Law. He served as a Captain in the United States Air Force from 1963-1966 in Ankara, Turkey and was certified as Trial and Defense Counsel of the Judge Advocate General Corp for the United States Air Force.

Born in Lake City, South Carolina on May 4, 1938 – once his high school years ended – Mr. Floyd moved on to the University of South Carolina where he became the first member of his immediate family to become a college graduate. He lettered in swimming at the university in 1957-58 for the Breaststroke and Butterfly. In later years, he taught for ten years at Charleston Law School as an Adjunct Professor until 2021. The courses he taught were Golf Law, Negotiation 101, and Rainmaking 101.

Mr. Floyd is married to the former Linda Barrineau, and is the father of four wonderful grown children. Other than the great love he has for his family, he also has a passion for the law and for golf. He is the founder as well as the President of Golf Rx Associates, Inc., a consulting company for a multitude of golf industry matters. In addition to organizing three financial institutions, and actively advising clients in the construction, purchase, development, sales, and the leasing of golf facilities. For over 15 years, he was the attorney for the Carolina’s Section of the Professional Golf Association, and has been an instructor for the Education Department of the PGA and The National Golf Course Superintendents Association. Dalton is also a frequent speaker on a variety of cutting-edge golf industry topics.
Active in all legal areas impacting golf courses, Dalton is highly experienced in representing clients in developing golf facilities as well as residential and commercial developments. He has represented Plaintiffs and Defendants in an active Trial and Appellate practice, and his skills in litigation have proven to be a valuable asset in his representation of clients on financing, contract negotiation, and business issues.

Dalton’s legal experience is vast and includes time as the Assistant Solicitor for Florence County. He has organized and served as general counsel of three financial institutions: Waccamaw State Bank, Patriot Federal Savings and Loan, and SunBank. Dalton previously served as Chairman of the General Practice Section and the Economic and Law Office Management Committee of the South Carolina Bar.

In 2005, he was awarded the “Order of the Palmetto”, the state’s highest civilian award for service to his state as the Chairman of the South Carolina Higher Education Commission. He also served as a Director of SCBT and serves as Chairman of the Board of Trustees at Winthrop University, The South Carolina Higher Education foundation, and he is a member of Brookgreen Gardens’ Board of Trustees. Dalton is dedicated to supporting our youth and plays an active role at Coastal Carolina University, currently serving as a Trustee of the University Board of Directors. He previously served on the Coastal Educational Foundation, Legacy Advisory Council, and Wall Fellows Board of Directors.

Who’s Who in American Colleges and Universities, 1962

Awarded the Order of Palmetto by Governor Mark Sanford for his contribution and service to the State of South Carolina, 2005

Member, Board of Visitors of Medical University of South Carolina, 2000 – 2002

Member, Board of South Carolina Independent Colleges and Universities, 2000 – 2005

Admitted to Florence School District No. 3 Hall of Fame, 1999

Member, Board of Trustees of the South Carolina Research Authority, 2000 – 2005

Lecturer and Instructor for The Golf Course Superintendents Association of America, 1997 – Present

Carolina’s Section of PGA and PGA of America, Lecturer and Instructor, 1990 – Present

Officer and Director of Golf Rx Associates, Inc., consultants to the golf industry; Lecturer and Instructor for Education Department of the PGA of America, Inc., 1991 – Present

Chairman of the Board of Trustees at Winthrop University

Member of Brookgreen Gardens’ Board of Trustees