At our law firm, we are so successful because our staff are those who have the qualifications, knowledge, and skills to do their jobs thoroughly and professionally—no matter their gender. Our ongoing study of the laws and as they change over the years allows us to support positive change via the application of such laws during the course of practicing law.

It is often daunting to look back in history. As an example, just around a hundred years ago in 1920, when many other state legislatures voted to establish that women had the legal right to vote, South Carolina lawmakers took almost fifty more years before ratifying the Nineteenth Amendment to the U.S. Constitution.

The United States 2010 Nationwide Census showed that the population ratio of males to females in SC is 48.5% male and 51.5% female. So while women make up almost 52 percent of South Carolina’s population, they only make up 26 percent of the state’s elected officials currently, making their representation not as robust as it should be.

Access to education is also critical to enhancing the opportunities that women and girls have in our state, as well as technical training and non-traditional career opportunities.

Almost 60% of women in our state were employed by the year 2000, and owned just under 170,000 businesses throughout the state. The first woman physician in SC, Sara Campbell Allen, began to practice medicine in 1894. In the 1900’s, less than 5% of physicians were women, but by 2000, women reached nearly 20% and by 2018, South Carolina’s family medicine workforce was 41% female. 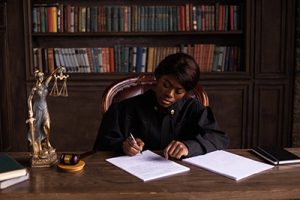 When the General Assembly passed legislation permitting women to practice law in 1918, James Margrave Perry became SC’s first female lawyer that very year. It wasn’t until 1983 that South Carolina saw its first female judge when Judy Cone Bridges was elected to the Family Court. Jean Hoefer Toal became the first woman to serve as Associate Justice on the Supreme Court of South Carolina in 1988, and became Chief Justice in the year 2000. She also served as the President of the Conference of Chief Justices from July 2007 to July 2008.

Around the World, countless women continue to face discrimination, inequality, and even violence. In South Carolina, legal advocates and the law can help to improve the lives of women. Problems that may disproportionately affect women and girls, such as lower pay and domestic or sexual violence, are everyone’s problems as women are our co-workers, fellow community members, and family members.

“Women in South Carolina have made considerable advances in recent years but still face inequities that often prevent them from reaching their full potential. Since the 2004 Status of Women in the States report was published, the gender wage gap in South Carolina has narrowed, a higher percentage of women have bachelor’s degrees, and women are more likely to work in managerial or professional occupations. Yet, as in all other states, women in South Carolina are less likely than men to be in the labor force and more likely to live in poverty. Women also continue to be underrepresented in the state legislature.”

Overall life and opportunity for women in SC has improved a great deal over the last century and women have far more legal protections than they were afforded in the past. The enactment of the 1972 South Carolina Human Affairs Law led to the creation of the Human Affairs Commission by the General Assembly. The Commission works to investigate instances of employment discrimination, including gender bias. The passing of the South Carolina Fair Housing Law in 1989 allowed the Commission further reach to also investigate fair housing complaints based on sex.

Women who work full-time in our state earn on average 80 cents for every dollar earned by a man with a similar job and role. Women in South Carolina make 23% less each year than men according to a 2022 estimate by researchers.

Some single-parent families are survivors of tragedy, divorce, or domestic violence. It was not until 2003 that SC raised certain levels of domestic violence to felony charges and began to increase prosecutions. As recently as 2018, 44 females were murdered by males in single victim/single offender incidents. In 2020 South Carolina was 11th in the nation, but now our state is in the deadly top 10 for women killed by men in 2021—per data from the Violence Policy Center, the research and advocacy group that has been keeping track of homicide data since 1996.

The right for the pursuit of happiness applies to all men and women. This includes the right to live free from discrimination and violence. It means the right to earn a fair wage, to own property, to become educated, to vote, and to enjoy at least a basic standard of physical and mental health.

Although it can be difficult or uncomfortable to broach the subject of the many facets of discrimination, it is imperative to do so. Several class action lawsuits concerning workplace discrimination over recent years behooves companies to re-examine their diversity programs in place. If we are all to be successful as a community, we have to become successful in creating tolerant and understanding workplaces.

Over the years, The Floyd Law Firm has developed ongoing relationships with many of the clients who have come to us for assistance with various legal concerns. We stand against domestic abuse of any kind, and we will stand with you to help fight it. Abuse includes physical abuse, financial abuse, and mental or emotional abuse. If you are a victim of, or strongly suspect, that abuse or neglect has occurred or is occurring to someone else—relay your concerns to the local authorities. Keep detailed notes, and contact us for information about the legal assistance that you may need.

The Floyd Law Firm PC has experienced attorneys committed to the practice of Family Law, Personal Injury Claims, Employment Law, Estate Planning, Wills and Trusts. We continue to pay close attention to any changes in legislation that affect individuals and families. Family law matters can redefine the most personal and important parts of your life. It is essential that you focus on where you want you and your children to be in the future.

We will help you plan legal action that is most appropriate for your situation and for the circumstances affecting you. You and your loved ones will be able to rest easy knowing that you have trusted legal support from knowledgeable experts who will stand with you to fight discrimination or abuse.

Our Surfside Beach Attorneys are here to help you to complete necessary legal documents that reflect your current situation or changes in your circumstances – such as divorce, child custody, moving to a new location, employment discrimination, the loss of a loved one, or starting a new business.

National Archives: Women’s Rights and the Civil Rights Act of 1964

The South Carolina Human Affairs Commission was created by the General Assembly in 1972 to encourage fair treatment, eliminate and prevent unlawful discrimination, and foster mutual understanding and respect among all people in this state.

Children’s Trust of South Carolina is the statewide organization focused on the prevention of child abuse and neglect. 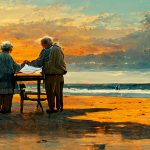